GIMP image editor 2.10.18 was released a day ago with new features and usability improvements. Here’s how to install it in Ubuntu.

Due to a critical bug, v2.10.16 was skipped and GIMP 2.10.18 was released with following release highlights: 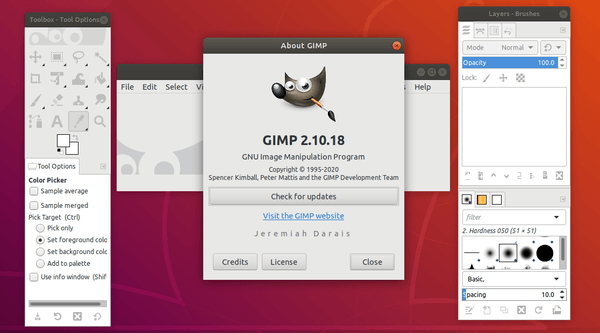 Neither the PPA repository nor GIMP Snap package are updated to v2.10.18 at the moment of writing.

However, GIMP Flatpak package has been updated for Ubuntu 18.04 and higher. Simply open terminal from application menu and run following commands one by one:

GIMP Flatpak co-exists with Snap and native .deb packages. Run command to start it if you have more than one GIMP icon, and don’t know which one to run.