This simple tutorial shows how to install the Ksnip screenshot tool in Ubuntu and receive future software updates via PPA repository.

Ksnip is a Qt-based screenshot tool runs in Windows, Mac OS, and Linux (X11, KDE, and Gnome Wayland). Similar to normal screenshot application, it supports take screenshots of whole screen, application window, and selected area. Also it has editing features, allows to upload screenshots directly to imgur.com, prints screenshot or save is to pdf/ps, and more. 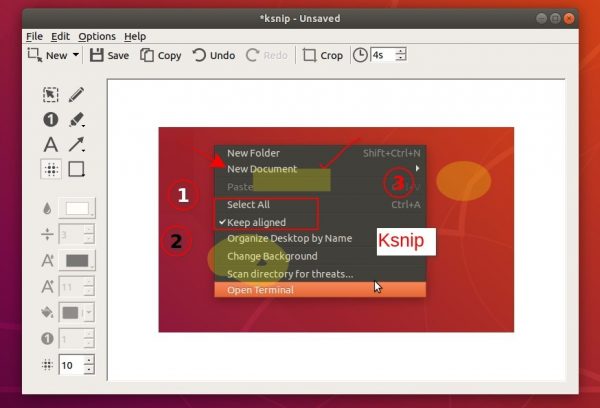 The software offers official .deb for downloading in its github releases page.

If you like the screenshot tool, an unofficial PPA repository is available to receive the software package updates easily via your system update manager.

1. Open terminal by either pressing Ctrl+Alt+T on keyboard or searching for “Terminal” from application menu. When it opens, run command:

The PPA so far supports Ubuntu 18.04, Ubuntu 19.10, and their derivatives. And the guy also maintains many other popular applications (e.g., gthumb, rawtherapee, etc.) in the PPA.

2.) Then you can install Ksnip for the first time by running commands:

After that, future ksnip updates will come along with your system package updates via Software Updater (Update Manager).

(Optional) To remove the PPA repository, launch Software & Updates utility and navigate to ‘Other Software’ tab, and remove the repository line. 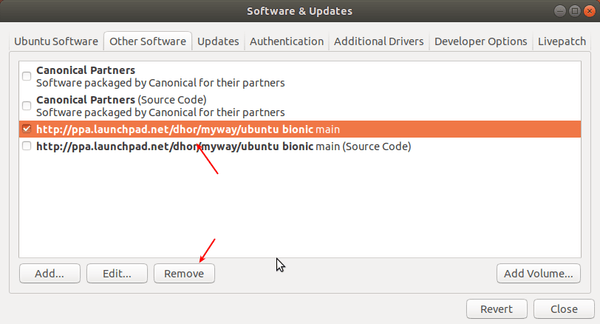