Code::Blocks 20.03 was available for a few days, though it’s not officially announced in its website. The Code::Blocks Developers Team PPA has made the packages for all current Ubuntu releases. 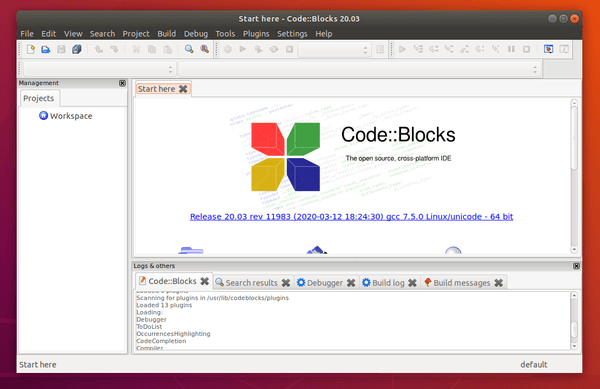 To install the new IDE version, open terminal either by pressing Ctrl+Alt+T on keyboard or by searching for ‘terminal’ from application menu. When it opens, do following steps one by one.

2.) If an old version was installed on your system, upgrade it via Software Updater: 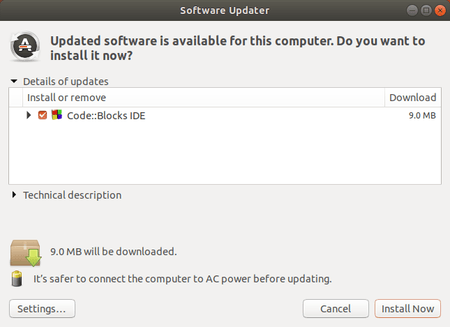 or run commands one by one in terminal to install the IDE:

To remove the PPA repository, either go to Software & Updates -> Other Software, or run command in terminal:

And remove Code::Blocks if you want via command: