HandBrake video transcoder 1.3.2 was released a day ago with many improvements and bug-fixes.

According to the release note, HandBrake 1.3.2 release highlights include: 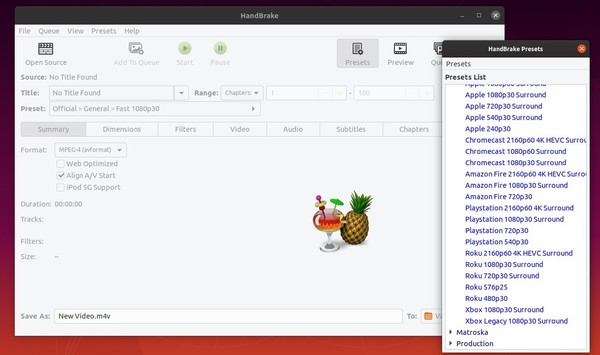 HandBrake has an official Ubuntu PPA. It is however not updated timely, and Ubuntu 18.04 is no longer supported due to old system libraries.

Grab the .flatpak and install it via command: