HandBrake video transcoder 1.3.3 was released today with a number of bug-fixes and improvements.

Changes in HandBrake 1.3.3 include: 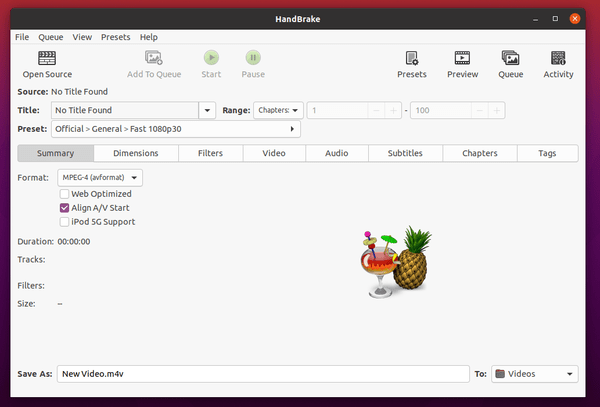 HandBrake has an official PPA which so far supports for Ubuntu 19.10 and Ubuntu 20.04.

NOTE the PPA is not updated at the moment of writing. The new release packages should be available in a few days, check the previous PPA link before getting started.

1.) Open terminal either by pressing Ctrl+Alt+T on keyboard or by searching for ‘terminal’ from ‘Show Applications’ menu. When it opens, run command:

2.) Once the PPA is updated with the new release packages, you can run following commands one by one to install it on your system:

(Optional) To remove the handbrake PPA repository, either go to Software & Updates -> Other Software, or run command:

In addition, HandBrake also available to install in Ubuntu via Flatpak package.

One response to HandBrake 1.3.3 Released with Improved Intel QSV Support