Flameshot, powerful yet simple to use screenshot tool, released version 0.8.0 with new editing tools, improvements, and many fixes.

Flameshot 0.8.0 added the popular requested circle counter tool. It added a button in left-side of screen to open the sidebar, which was previously only accessible by hitting Space on keyboard.

The blur tool has been replaced by pixelate tool. If the “thickness” is 0 or 1, the old blur behavior is preserved. If the thickness is increased past 1 the image will pixelate by the thickness. 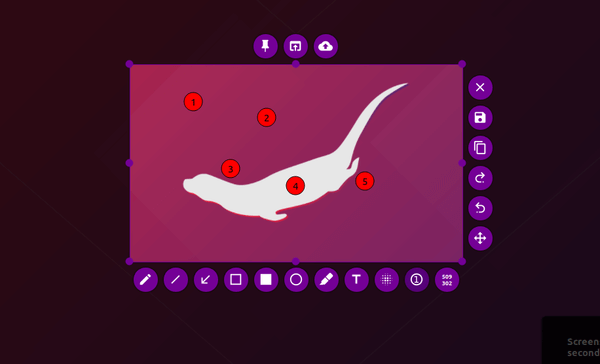 Go to the release page at the link below, scroll down, and select download an installer package:

For Ubuntu 20.04, grab the “flameshot_ubuntu_0.8.0-1_amd64.deb” package. Then install it by either GDebi, or running command in terminal: