NOTE 1: At the moment when you’re reading this tutorial, you may check out the latest version of Nvidia driver for Linux at this page.

2.) Open file browser and navigate to the downloaded package. Right-click on it and go to its Properties window. In Permissions tab, check the box where is says “allow executing file as program” 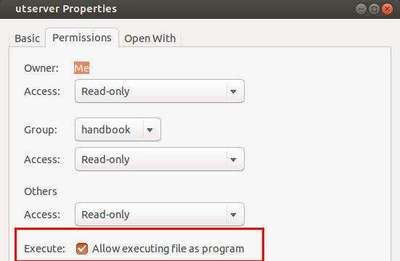 3.) Now, you need to switch to command console by pressing Ctrl+Alt+F1. Log in with your username and password. When login, stop the graphic session by running below command.

4.) Finally, start the installer and follow the on screen prompts. Change the filename to yours if you’re going to install another version.

When done, restart your computer by sudo reboot command.

If for some reason the new drivers do not work properly, re-do step 3.) and followed by below command to unintall the Nvidia Driver: