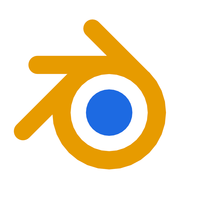 Blender 2.69, the latest stable release of the popular 3D creation software finally is available for Ubuntu & Linux Mint via PPA one week after Blender 2.69 was official announced.

A new hidden wire display option was added to help with retopology. Mesh Bisect is a new tool to cut meshes in half. The Bridge, Edgenet fill, Grid fill and Symmetrize tools were improved. New curve and lattice editing tools were added too.

The Motion tracker now supports plane tracking, which can be used to replace billboards, screens and other flat things in footage.

Lists in the user interface can now be resized, sorted and filtered. Further there are small improvements for vertex parenting, empty objects, the shrinkwrap modifier, mask editing, armatures, f-curves and drivers.

FBX Import support has been added and FBX/OBJ can now export split normals (without the need for the edge split modifier).

In addition to the new features, over 270 bugs that existed in previous releases have been fixed.

To get started, press Ctrl+Alt+T on your keyboard to open terminal. When it opens, run commands below one by one:

NOTE that the packages doesn’t include pre-compiled CUDA kernel. If you want to use the Cycles renderer with CUDA support, you have to install the CUDA toolkit on your system to do runtime compilation of the CUDA kernel: 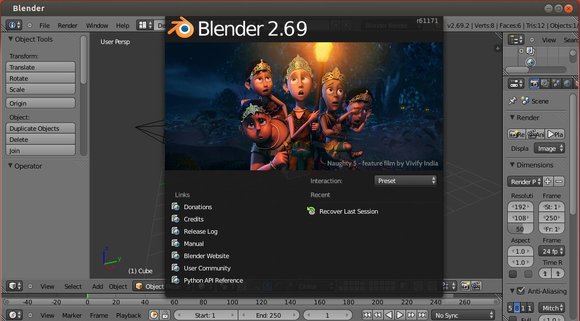 11 responses to Blender 2.69 PPA is ready for Ubuntu & Linux Mint