This tutorial shows how to install Chromium browser 31 via PPA in Ubuntu 13.10 Saucy, Ubuntu 13.04 Raring, Ubuntu 12.04 Precise, Linux Mint and their derivatives.

Chromium is an open-source web browser project from which Google Chrome draws its source code. The latest has reached version 31, it is available in Ubuntu Mozilla Security Team PPA for Ubuntu 12.04 and higher.

To get started installing Chromium, press Ctrl+Alt+T on keyboard to open terminal. When it opens, run commands below one by one: 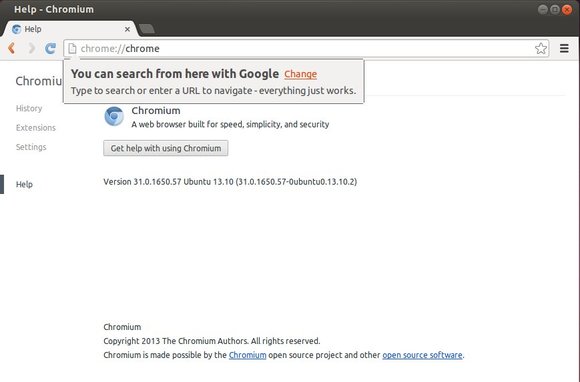