QNetStatView is a qt networking tool that shows you detailed listings of all TCP and UDP endpoints on your system, including the local and remote addresses and state of TCP connections.

Similar in functionality with Netstat, it has following features: 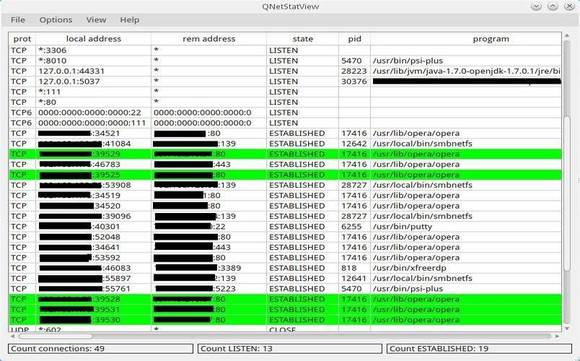 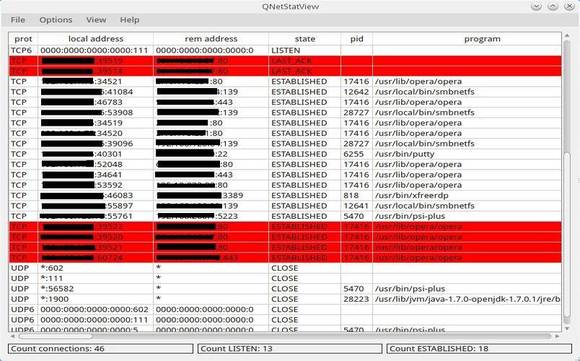 DEB packages for Debian / Ubuntu, RPM for SUSE and Fedora are available in this page