Turpial 3.0 was released on December 19, 2013, two years after the last stable release. Main features in this release include: 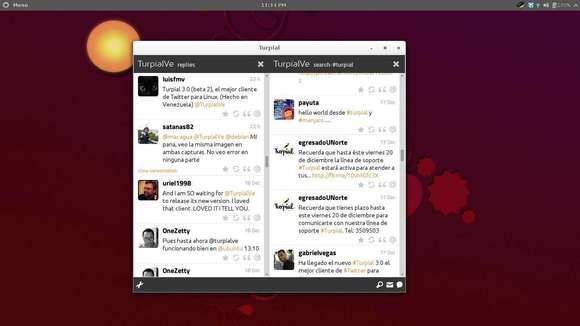 The Turpial website has announced a few hours ago that the Turpial’s PPA is back and so far it supports Ubuntu 13.10 Saucy.

To add the PPA, press Ctrl+Alt+T to open terminal and run:

Then update and install the client: