An Easy Way to Install Enlightenment E19 in Ubuntu 14.04 | UbuntuHandbook

An Easy Way to Install Enlightenment E19 in Ubuntu 14.04

Enlightenment 0.19.0 stable has been released recently. One of the best new features in E19 is the full wayland support.

In this quick tutorial I’ll show you how to install the Enlightenment window manager 0.19.0 (E19) in Ubuntu easily with a bash script. Tested in Ubuntu 14.04.1 64-bit. 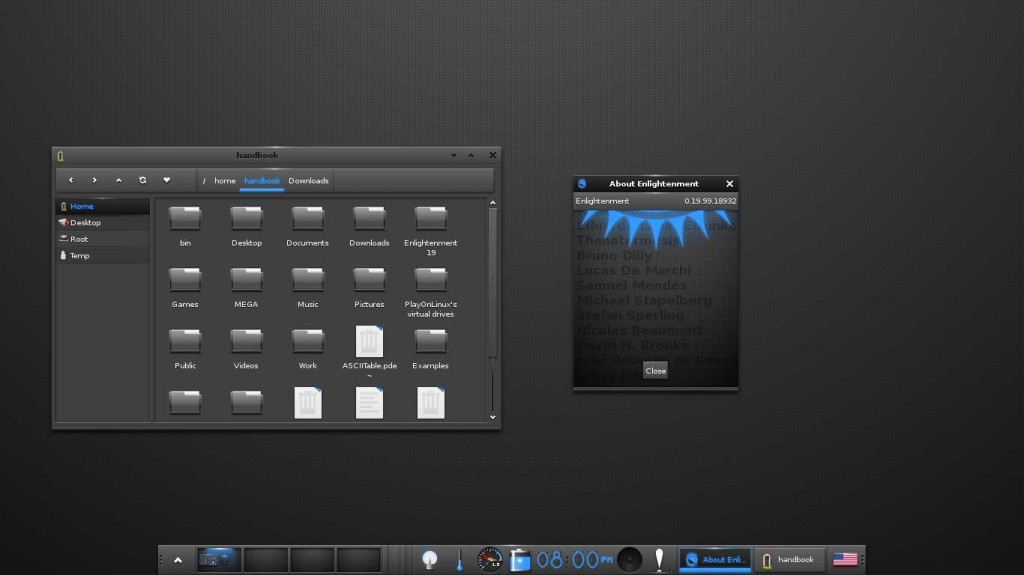 Before getting started, you may take a look at what’s new in the latest E19 release:

UPDATE: The link to the script is broken. As an alternative, install E19 from PPA by running below commands one by one from PPA:

Thanks to batden, there’s now a bash script to make it easy to install / upgrade / uninstall the E19 (git version) in Ubuntu 14.04 LTS. All you need to do is download & install the script and answer on screen prompts during the installing process.

1. To download the script, right-click the link below and click “Save link as …” and save the file nineteen.sh to Downloads folder..

You can also download the script from the ubuntuforums thread.

2. After you downloaded the script, make it executable and run it.

To do so, press Ctrl+Alt+T on keyboard to open the terminal. When it opens, run the commands below one by one: 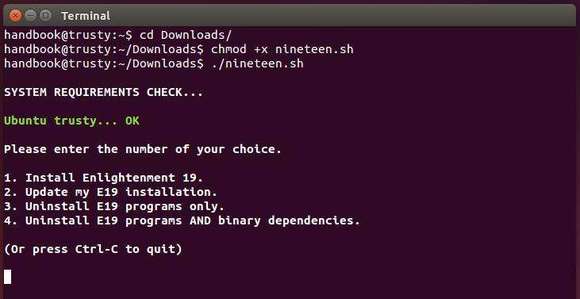 3. When the script starts, type a number to select install, update, or uninstall E19 (see above picture.) and hit Enter.

After that, it will pop up a information dialog and then ask you to insert your user password. Not that, terminal does not give visual feed back when typing a password, just type in mind and hit enter.

4. After that, the script will update & upgrade your system, download all Enlightenment packages, and finally compile them on your system. Depends on your internet connection, the process will cost a few minutes.

During this period of time, it will ask two or three questions, so don’t go too far away!

5. When everything’s done, you should see something like below. 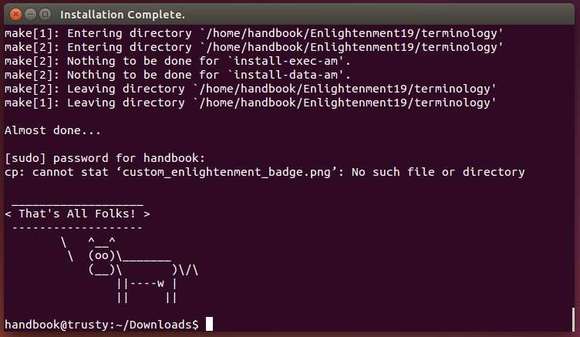 Restart your computer and select log in with Enlightenment when you’re at Unity Greeter and enjoy!

8 responses to An Easy Way to Install Enlightenment E19 in Ubuntu 14.04