KDE Plasma 5.1 has been announced recently which brings back many popular features, a wide variety of improvements, and a large number of fixes.

KDE Team announced the Plasma 5.1 recently, which brings back many features that users have grown used to from its 4.x predecessor. Popular additional widgets such as the Icons-only Task Manager, the Notes widget and the System Load Viewer make their re-entry. Support for multiple time zones has been added back in the panel’s clock. The notifications have been visually improved, along with many bigger and smaller bug fixes. 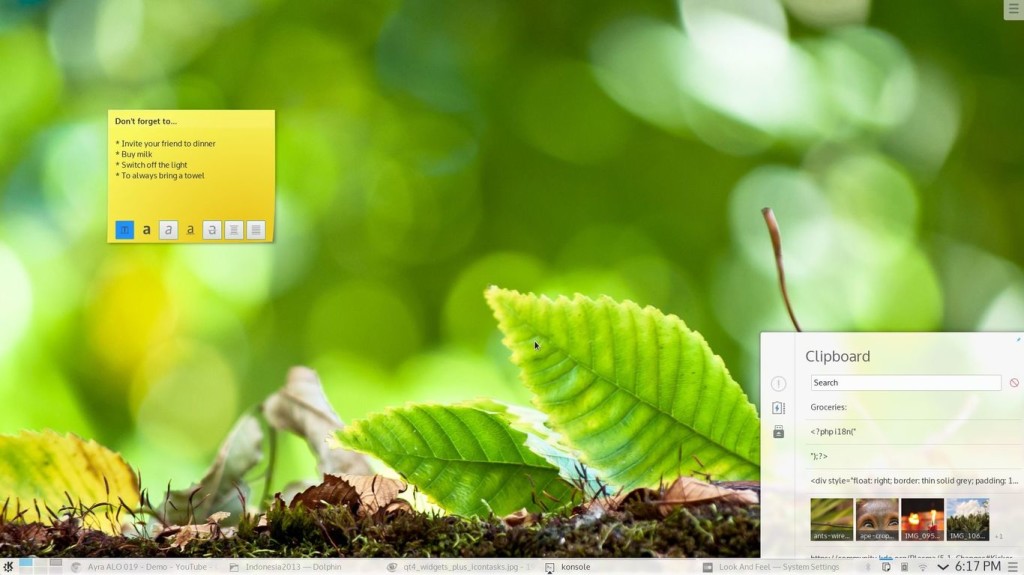 For the detailed changes, see the official announcement.

For (K)Ubuntu 14.10 Utopic, the latest binaries have been made into KUbuntu Next PPA.

Press Ctrl+Alt+T to open terminal. When it opens, run commands below one by one to install / upgrade:

Once installed, restart your system!!

(Optional) To remove KDE Plasma 5.1 and revert the changes, run below commands:

For (K)Ubuntu 14.04 LTS, the Plasma 5 is available in the project Neon PPA. Installing it won’t overwrite your current installation, but the PPA is unstable and you may encounter bugs. Use it as your own risk!

(Optional) To revert the changes, run: