Tomahawk is a music player that not only plays your local collection, but also streams from SoundCloud, Beats, Spotify, Google Play Music, YouTube and many more. You can even connect Tomahawk with your friends via Jabber / GTalk and share your playlists and collections. 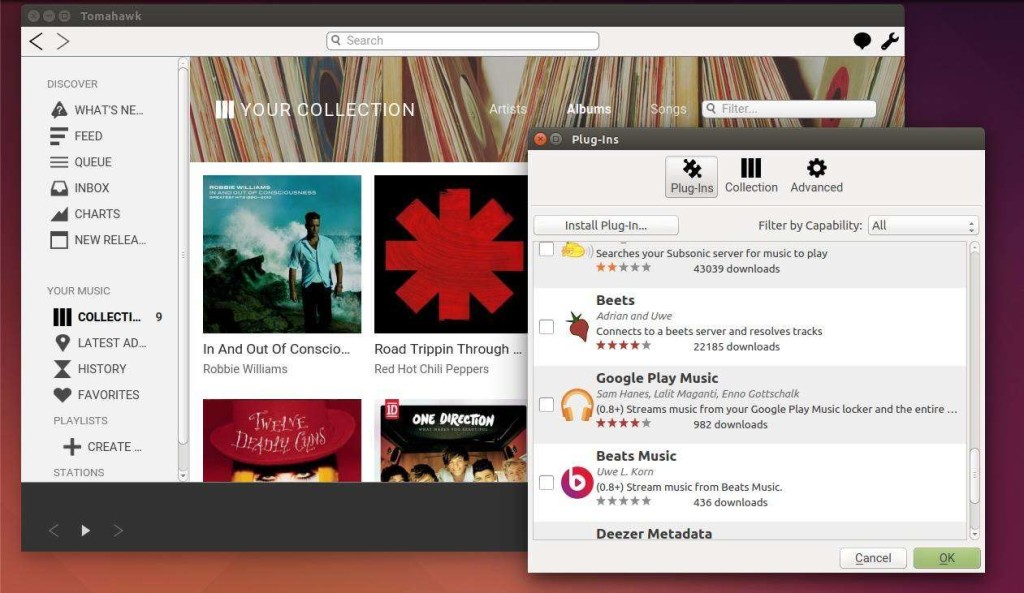 How to Install Tomahawk in Ubuntu:

While Ubuntu repositories provide an old version of Tomahawk, you can always install the latest release from its official PPA. So far, Ubuntu 14.04, Ubuntu 14.10, and Linux Mint 17 are supported.

To get started, press Ctrl+Alt+T on keyboard to open the terminal. When it opens, run the command below to add the PPA:

Then install Tomahawk 0.8 via Synaptic Package Manager or commands below:

After that, you can receive future updates by running regular updates via Software Updater.

1. You can remove Tomahawk either from Ubuntu Software Center or by running the command below:

To remove the PPA repository run: