The latest stable VLC media player has reached the 2.2.4 release. While Ubuntu 16.04 provide the old 2.2.2 release in its universe repository, you may install / upgrade VLC via a PPA. 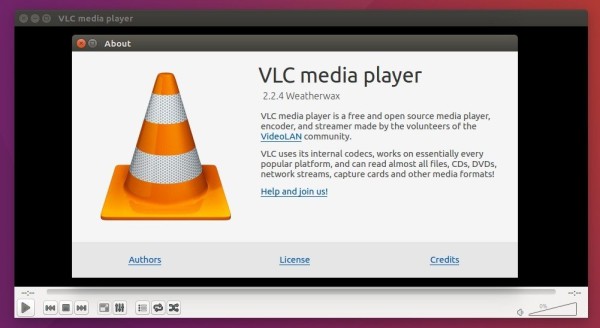 Type in password (no visual feedback) when it asks and hit Enter.

2. Upgrade VLC via Software Updater, or run the commands below one by one:

3. The PPA also contains a group of other apps, so you may remove the PPA after installing VLC by launching Software & Updates -> Other Software.