StepMania, an open-source and advanced cross-platform rhythm game, has reached the 5.0.12 release after a month and two weeks of release candidate testing.

StepMania 5.0.12 is probably the last maintain release for the 5.0 series. The developers are no focusing on the development of StepMania 5.1 branch. 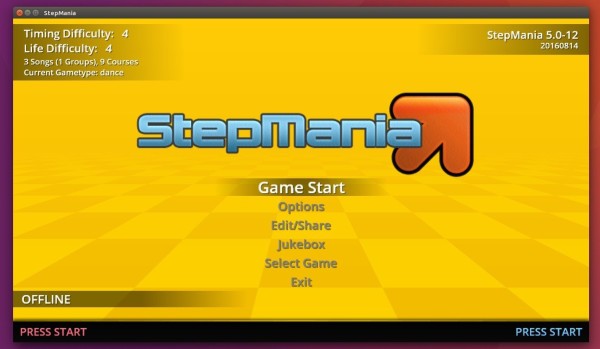 Besides running the official Linux binary (non-install version in previous link), an unofficial PPA with stepmania packages for Ubuntu 16.04 and Ubuntu 14.04 is available. And below is how to install the StepMania 5.0.12 via the PPA.

For those who don’t want to add PPA, grab the .deb packages of stepmania-data and then stepmania for 5.0.12 from HERE.