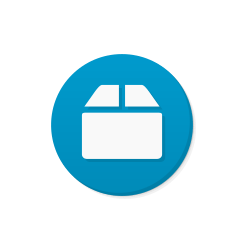 To simplify re-installation of software packages after upgrading or re-installing Ubuntu, aptik is a simple tool allows to backup software sources (PPA), installed software, and other user data with just a few clicks.

While doing backup and restore (exclude one-click backup / restore), it lists available items and allows you to choose which to backup / restore. Some backups are encrypted with given passwords. 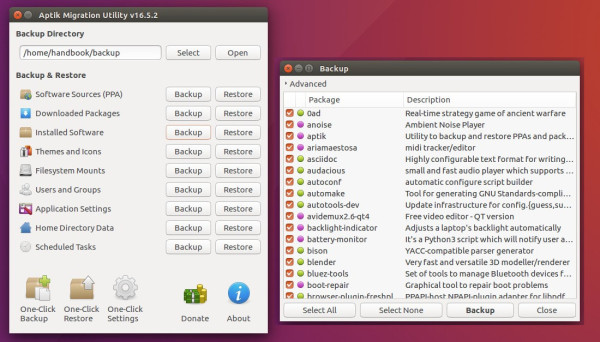 How to Install Aptik in Ubuntu:

To install the utility in Ubuntu 16.04, Ubuntu 14.04, Ubuntu 12.04, and derivatives, either run the commands below in terminal (Ctrl+Alt+T) to get it from the developer’s PPA:

To remove aptik, either use Synaptic Package Manager or run the following command in terminal:

The PPA can be removed by Software & Updates utility under Other Software tab.