I’ve been running into desktop shortcut key issue recently in my Ubuntu 16.04 LTS. When I trying to launch a terminal or take a screenshot, there will be more than 20 seconds delay after pressing Ctrl+Alt+T or PrintScreen on keyboard.

This happened after installed some Gnome related application libraries. And I found this BUG after doing a little search. A workaround is to restart the gnome-keyring-daemon service.

When it opens, run command to kill the service:

The service starts automatically after you killed it, and that fixes the shortcut delay issue until reboot.

2. Until Gnome Team fixed the issue, you have to run the command automatically on startup by doing following steps: 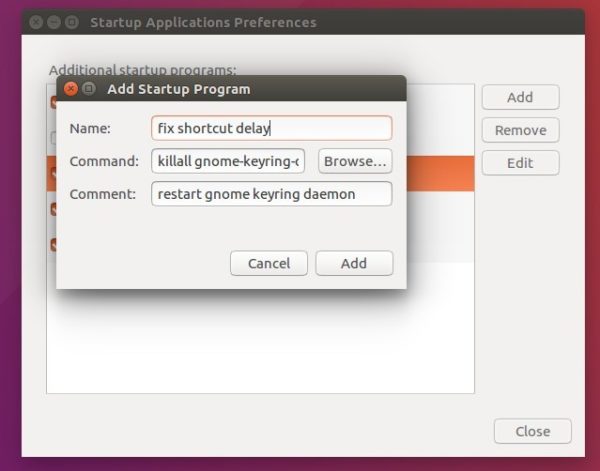