Rhythmbox 3.4.2 Released, How to Install it via PPA | UbuntuHandbook

Rhythmbox 3.4.2 Released, How to Install it via PPA

Rhythmbox, Ubuntu’s default music playing application, got a new release update after a year of development. 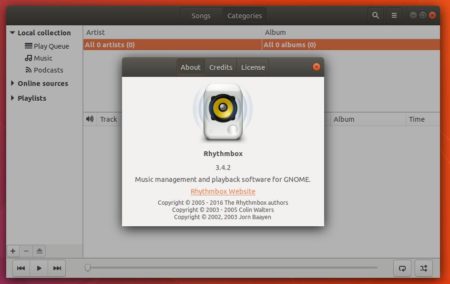 How to Install Rhythmbox 3.4.2 in Ubuntu:

The project leader for Ubuntu Budgie, fossfreedom, was maintaining PPA with Rhythmbox package and its plugins, though they are not updated for a period of time.

1. Open terminal via Ctrl+Alt+T and run command to add the PPA:

2. Then upgrade the music playing application via Software Updater: 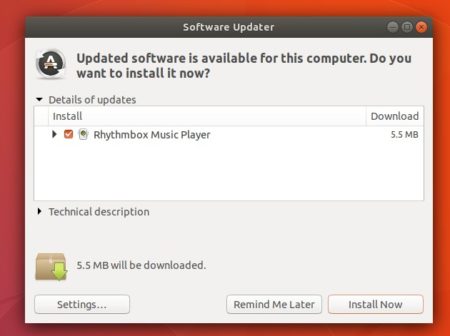 or upgrade your system via command:

To revert back to stock version of Rhythmbox in your Ubuntu, purge the PPA as well as downgrade the player via command:

If it’s working good, you may still remove the PPA repository via Software & Updates utility under Other Software tab.

One response to Rhythmbox 3.4.2 Released, How to Install it via PPA