The second bug-fix release for QupZilla 2.2 series was release a few hours ago. The new release features following changes: 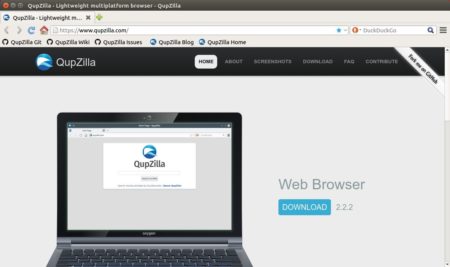 QupZilla can’t be built into .deb packages in all current Ubuntu releases due to outdated Qt5 libraries.

So far, the easiest way to run QupZilla in Ubuntu is to use the Appimage, a non-install single executable file:

Download the file, make it executable from its Properties window, and finally run the Appimage to launch QupZilla web browser: 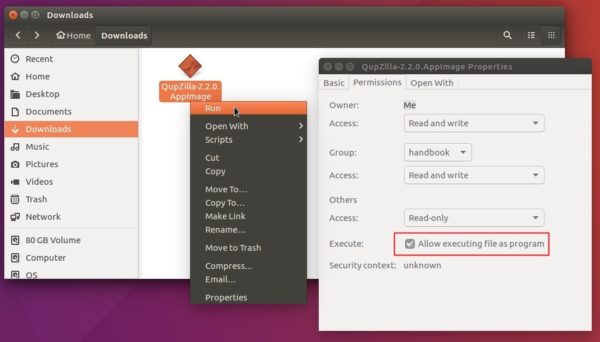 Don’t see the “Run” option even after made the Appimage executable? Go to file manager’s menu Edit -> Preferences -> Behavior -> Choose the option says ‘Run executable text files when they are opened’.