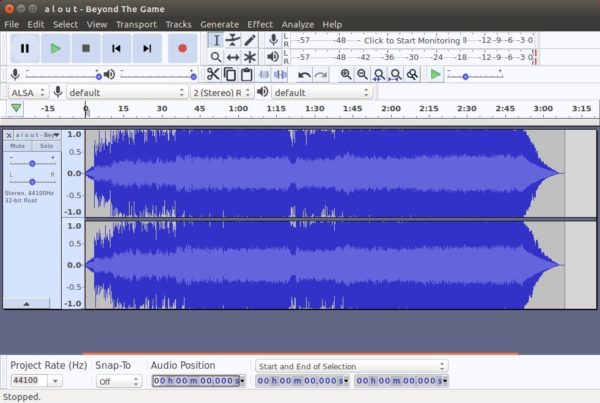 How to Install Audacity 2.2.2 in Ubuntu:

The Audacity team does not offer pre-compiled Linux binaries. Other than building from source, a third-party PPA is available with Audacity 2.2.2 packages for Ubuntu 16.04, Ubuntu 17.10, and Ubuntu 18.04.

1. Open terminal via Ctrl+Alt+T or by searching for ‘terminal’ from app launcher. When it opens, run command:

Input your password (no visual feedback while typing) when it prompts and hit Enter to add the PPA.

or run following commands one by one to check updates and install (or upgrade) audacity 2.2: