Audacious 3.10 Released! How to Install it in Ubuntu 18.04 | UbuntuHandbook

Audacious 3.10, code-named “Not Quite There Yet”, added following new features:

There are also many UI improvements and various bug-fixes. See the previous link for details. 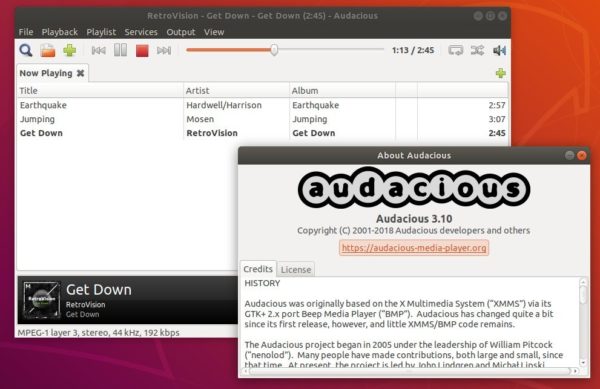 How to Install Audacious 3.10 in Ubuntu:

You can install the new release packages in Ubuntu 18.04, Ubuntu 16.04, and their derivatives via the unofficial PPA.

1. Open terminal by either pressing Ctrl+Alt+T on keyboard or searching for ‘terminal’ from software launcher. When it opens, run command:

Type your password (no asterisks feedback) when it prompts and hit Enter to continue.

2. Then you can upgrade Audacious via Software Updater: 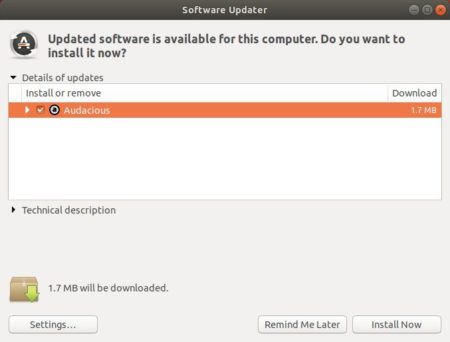 or run commands one by one in terminal to install or upgrade the audio player:

One response to Audacious 3.10 Released! How to Install it in Ubuntu 18.04