UKTools – Another Tool to Install the latest Linux Kernels in Ubuntu

There’s already a graphical tool called Ukuu which make it easy to install the latest Linux Kernels in Ubuntu and Linux Mint.

NOTE that the mainline kernels are provided by Ubuntu Kernel Team for testing and debugging purposes. They are not supported and are not appropriate for production use. You should only install these if they may fix a critical problem you’re having with the current kernel. Read more about mainline kernels.

How to Install UKTools in Ubuntu:

The application does not has any Ubuntu binary at the moment. However, it’s easy to compile it from the source.

1. Open terminal (Ctrl+Alt+T) and clone the source via command:

2. Then compile and install it via command: 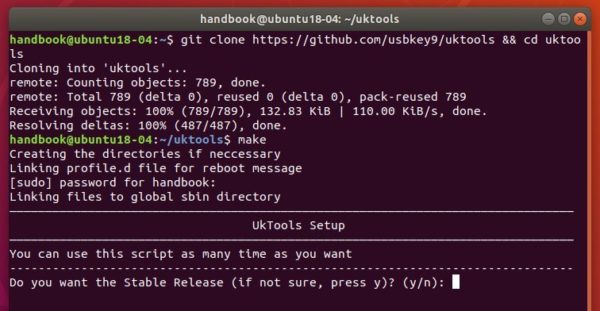 Keep the uktools folder in your user root directory, so you can re-run UKTools setup, or remove the command line tool via command: