New features in Gnu Emacs 26.2 include: 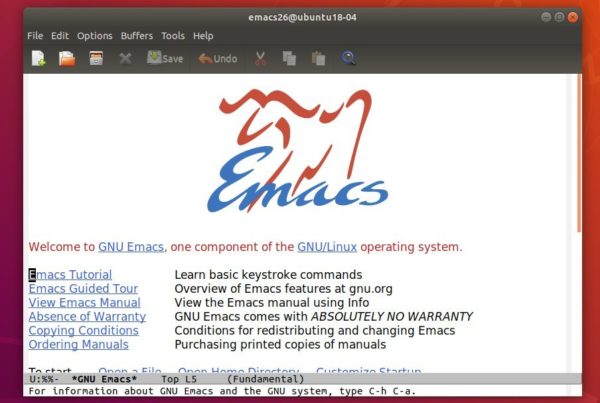 1. Open terminal either via Ctrl+Alt+T keyboard shortcut or by searching for “Terminal” from start menu. When it opens, run command to add the PPA repository: