Luminance HDR 2.6.0 Released! How to Install in Ubuntu 18.04 | UbuntuHandbook 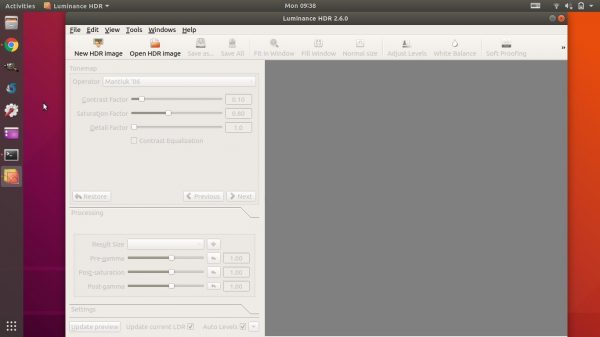 Open terminal either via Ctrl+Alt+T keyboard shortcut or by searching for “Terminal” from application menu. When it opens, run following commands one by one:

Type user password (no visual feedback due to security reason) when it prompts and hit Enter to continue.

2. If you have a previous release installed, launch Software Updater (Update Manager) and upgrade the software: 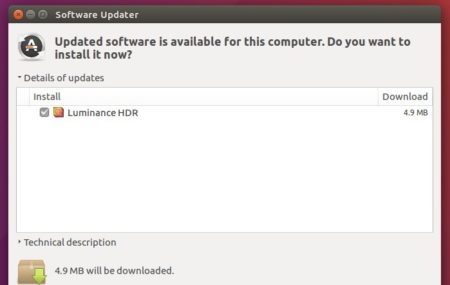 Or run following command to install (or upgrade) Luminance HDR:

The PPA repository can be removed by going to System Settings -> Software & Updates -> Other Software tab. 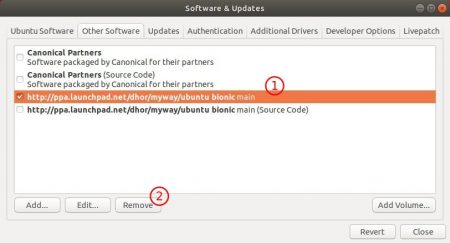 To remove the software, either use your system package manager or run command: