VLC media player 3.0.7 was released a day ago. The new release features numerous security fixes and many improvements. 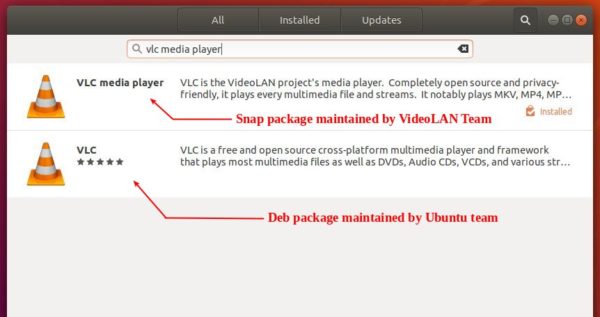 For Ubuntu 16.04, open terminal (Ctrl+Alt+T) and make sure snapd daemon is installed.

Once installed, open VLC from your system application launcher and enjoy!

(Optional) To remove the snap package, either use Ubuntu Software or run command in terminal:

For those who are looking for traditional VLC .deb package, the unofficial PPA contains the latest VLC 3.0.7 packages for Ubuntu 16.04 and Ubuntu 18.04.