MakeMKV, make MKV from Blu-ray and DVD, now is easy to install via Snap package in Ubuntu 18.04 and higher.

Snap is a containerized software package runs in most Linux desktop. Thanks to Daniel Llewellyn, he has made the MakeMKV Snap package. So it can be easily installed either via Snappy Store or by running single command in terminal. 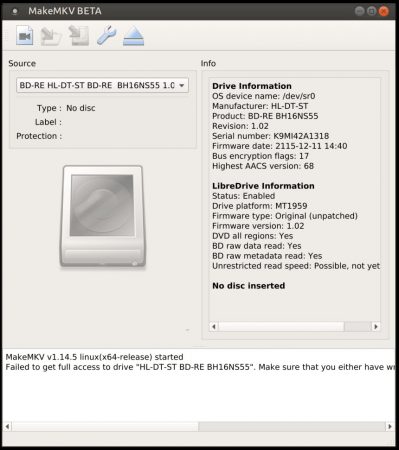 1.) Don’t know why, but I don’t find makemkv in Ubuntu Software in Ubuntu 18.04. However, it can be installed by running single command in terminal (open terminal via Ctrl+Alt+T):

2.) One more command is required to run to connect the snap to the hardware-observe interface:

(Optional) For any reason, you can easily remove the MakeMKV snap package by running command in terminal:

For those who prefer installing it via native Ubuntu .deb package, there’s also a PPA repository that contains the software for all current Ubuntu releases.

You can simply open terminal and run 3 commands one by one to add the PPA and install MakeMKV: