Vim text editor 8.2 was released a few days ago. An unofficial PPA has made the packages for all current Ubuntu releases as well as Ubuntu 14.04. 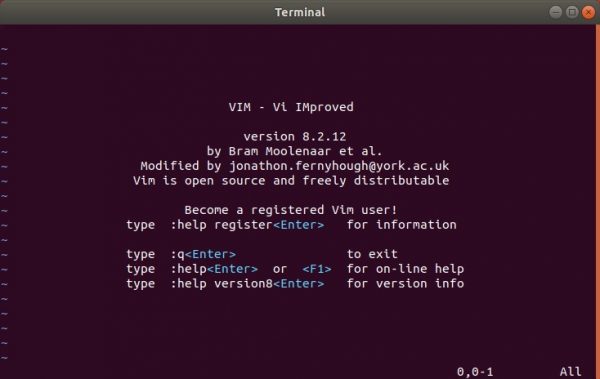 Jonathon F maintains a PPA with Vim packages for all current Ubuntu releases.

The PPA maintainer announced that he will remove most of his PPAs from public access due to continued and persistent abuse by companies using these packages for commercial gain. Go check the PPA webpage before getting started.

2. Then refresh package cache and install Vim via commands:

For more features (e.g., Python support), you may also install vim-gtk3 and / or vim-nox:

To restore Vim to the stock versions in Ubuntu main repositories, run command to purge the PPA:

To only remove the PPA while keeping the installed Vim packages, either go to Software & Updates -> Other Software, or run command in terminal: