And improvements to EEVEE, Cycles, sculpt, VR, animation, modeling, UV editing and so much more. See the release note for details. Or see what’s new with the Youtube video:

How to Install Blender 2.90 in Ubuntu:

The official Blender snap package has been updated for the new release. You can install it either from Ubuntu Software or by going to https://snapcraft.io/blender 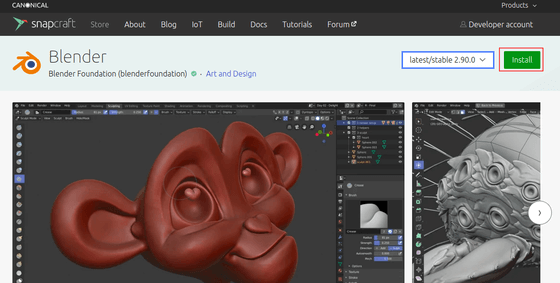 Or run command in terminal to install Blender Snap package:

If you have already installed the Snap package, it will be automatically updated to the latest.

Also the Blender download page offers Linux portable package, which you can extract and run the executable file to launch the software.

One response to Blender 2.90 Released with Intel Embree, NVLink Support for CUDA / OptiX