As you may know, sView is a stereoscopic 3D media player which plays 3D images, videos, CAD models. For each sort of media sView provides independent application with customized user-friendly interface.

The 3D Image Viewer displays images and photos in most popular formats including JPEG, PNG, MPO, BMP, EXR, TGA, WebP and many others. Actual decoding performed by FFmpeg framework, and, optionally, DevIL and FreeImage libraries.

The supported formats of 3D Movie Player is very large thanks to FFmpeg framework including MKV, WebM, OGM, AVI, FLAC, RMVB and many others. 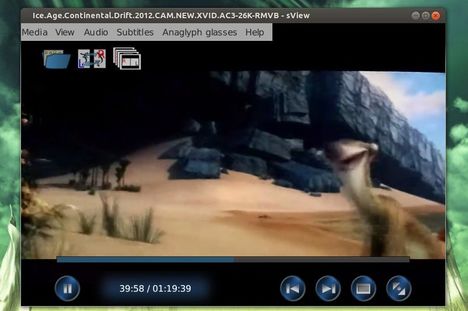 To install it, press Ctrl+Alt+T on your keyboard to open terminal. Run below commands one by one:

Once installed, you can open the app from Unity Dash. Or choose open with sview in files’ right-click menu.