Rosa Media Player (ROMP) is a media player based on Mplayer. It’s the default player for Rosa Desktop, a Linux distribution based on Mandriva that comes with some special features. ROMP can play almost any audio/video formats, it also has the ability to extract audio from videos, trim videos or record the desktop. 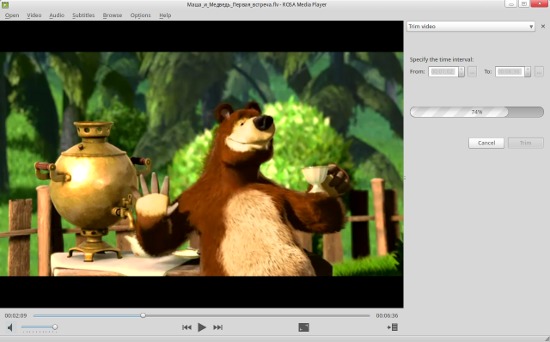 To install Rosa Media Player in Ubuntu 13.10 Saucy, Ubuntu 13.04 Raring, Ubuntu 12.10 Quantal, Ubuntu 12.04 Precise LTS, and their derivatives such as Linux Mint and Elementary OS, press Ctrl+Alt+T on your keyboard to open terminal. When it opens, run below command to add the PPA: