How to losslessly compress JPG in Ubuntu Linux via wxPackJPG | UbuntuHandbook

How to losslessly compress JPG in Ubuntu Linux via wxPackJPG 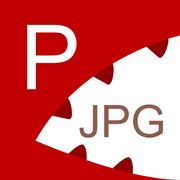 wxPackJPG is a simple tool to losslessly compress JPG image files. It can be used to backup image files in the JPEG format. They use about 20% less space, but can be restored to bit-identical files.

wxPackJPG is the GUI for the command-line tool PackJPG. There is already a DotNet-GUI called “PackJPG Options”, but this only runs on Windows and does not use more than one core. 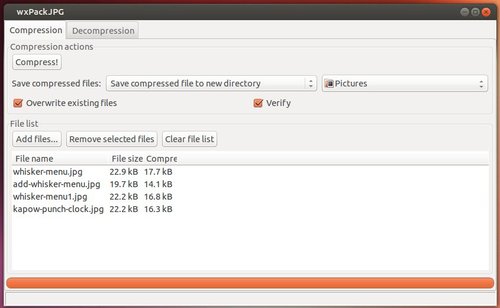 The image compression tool is available in PPA for Ubuntu 13.04 Raring, Ubuntu 12.04 Precise, Ubuntu 12.10 Quantal and their derivatives such as Linux Mint, Elementary OS, etc.

To get started, press Ctrl+Alt+T on your keyboard to open terminal. When it opens, run command to add the PPA:

Then update package lists and install the jpg compressor:

If you don’t want to add the PPA, download the Deb from launchpad.net

For Windows and Mac OS installers, go to Sourceforge. Enjoy!