How to Install LibreCAD 2.0 Stable in Ubuntu Linux via PPA | UbuntuHandbook

How to Install LibreCAD 2.0 Stable in Ubuntu Linux via PPA

LibreCAD, free and open-source 2D-CAD application finally released version 2.0.0. At the moment, there’s no official announcement in its website. But the download links for Windows and Mac OS X and Ubuntu PPA are ready.

According to the official blog, LibreCAD 2.0.0 will has below features: 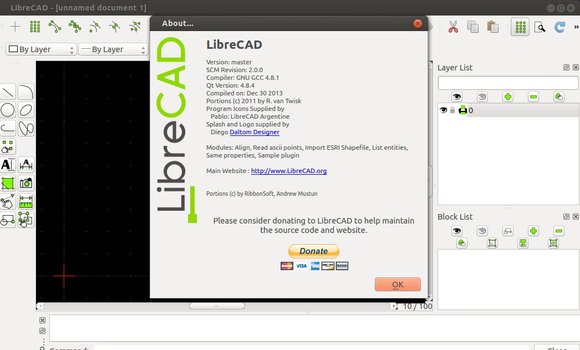 This release has been made into Ubuntu 14.04’s universe repository, so Trusty user can easily install it from Ubuntu Software Center.