How to Enable DVD Playback in Ubuntu 14.04 | UbuntuHandbook

How to Enable DVD Playback in Ubuntu 14.04

Want to play DVDs on your Ubuntu Desktop? Well, Ubuntu can’t play DVDs out of the box for a whole tangle of legal reasons. But you can follow this tutorial to enable DVD playback in Ubuntu 14.04 Trusty Tahr.

The following features are provided: 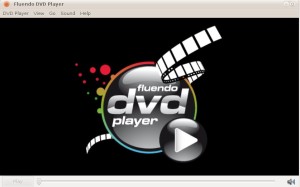 Don’t want to pay? Thanks to the open-source software libdvdread, it provides the library to read DVDs in Ubuntu Linux.

To install it, open Ubuntu Software Center and search for and install the package libdvdread4 and libdvdnav4.

After that, press Ctrl+Alt+T on keyboard to open the terminal. When it opens, run:

This script will allow you to play encrypted DVDs in Ubuntu.

UPDATE: Since Medibuntu is no longer available, you have to install libdvdcss2 repository manually. Download it from the link below:

Once installed, you’ll be able to playback and navigate DVD menus in most video applications, including the default Totem and VLC.

22 responses to How to Enable DVD Playback in Ubuntu 14.04