Pragha is a Lightweight Music Player for GNU/Linux, based on Gtk, sqlite, and completely written in C, constructed to be fast, light, and simultaneously tries to be complete without obstructing the daily work.

Well.. Dissonance is the project to continue developing Consonance, and its result is Pragha Music Manager. A New reproducer of music. 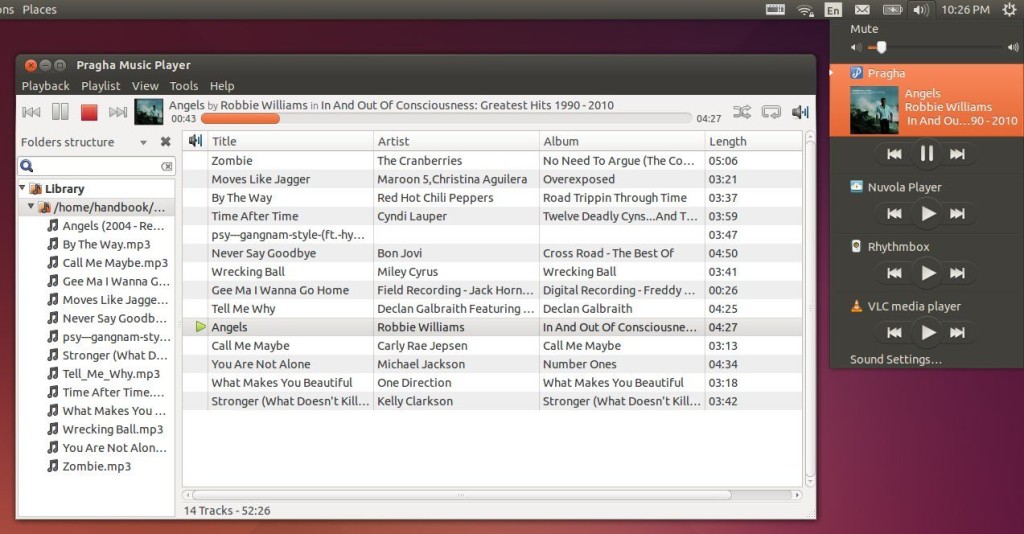 Install Pragha in Ubuntu via PPA:

Seems that there’s no apt repository for Ubuntu users to make it easy to install the player, so I built the latest v1.2.2 into my PPA, available for Ubuntu 14.04, , Ubuntu 14.10 and their derivatives.

Press Ctrl+Alt+T on keyboard to open the terminal. When it opens, run the commands below one by one to add the PPA and install the player:

via: Pragha on Github