Ubuntu Tweak, the graphical configuration tool, has been updated to v0.8.8 silently with a few fixes for Ubuntu 14.04 Trusty Tahr.

For those who never heard of this tool, Ubuntu-Tweak is one of the first graphical tool for Ubuntu which was started almost 7 years ago when Ubuntu was at 7.10 Gutsy.

The latest Ubuntu Tweak 0.8.8 was released only for Ubuntu 14.04 with following changes: 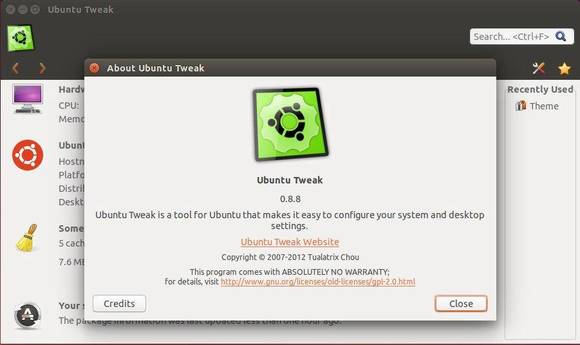 Install or Upgrade to Ubuntu Tweak 0.8.8:

Press Ctrl+Alt+T on keyboard to open terminal. When it opens, run commands below one by one to add the developer’s PPA and receive updates:

If you don’t like Ubuntu PPAs, grab the .deb package directly from HERE.