Nuvola is a free and open-source music player that brings many cloud music services, such as Amazon, Bandcamp, Deezer, 8tracks, Goolge Play Music, Grooveshark, Hype Machine, Logitech Media Server, Pandora, Rdio, and This is my Jam. 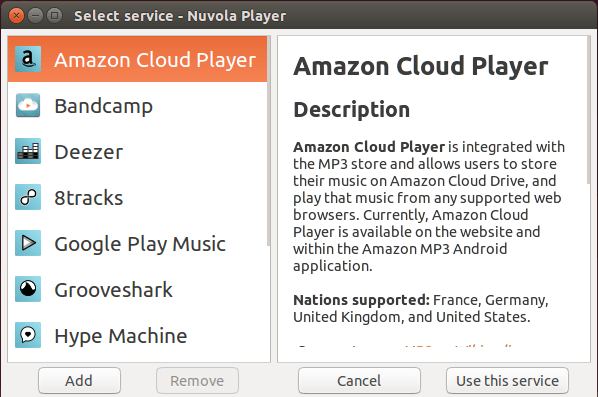 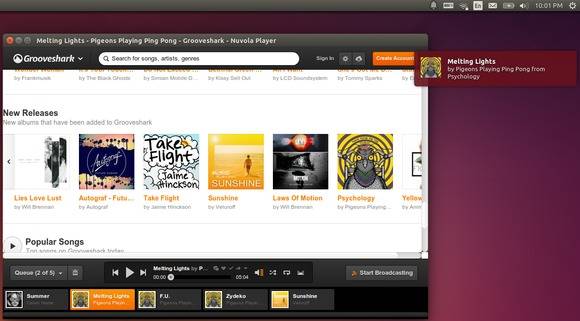 Press Ctrl+Alt+T on keyboard to open the terminal. When it opens, run below command to add the PPA:

After that, update and install the player as well as the flash support:

If you don’t like Ubuntu PPAs, directly grab the .deb packages from HERE.