BitTorrent Sync 1.4 Released, How to Install it in Ubuntu | UbuntuHandbook

BitTorrent Sync 1.4 Released, How to Install it in Ubuntu

BitTorrent Sync, a p2p file syncing service, now has been updated to version 1.4 with new simplified UI and other new features.

BitTorrent Sync is a simple tool that applies p2p protocol for direct live folder sync with maximum security, network speed and storage capacity. It has native versions for Mac, Windows and Linux, as well as native NAS integration.

The official packages are available for download at the link below, check your OS type (32-bit or 64-bit), download the appropriate package under the Linux section, and finally run the executable from the extracted folder.

Finally, you can access the web client in your Web Browser by visiting “http://localhost:8888/gui/” 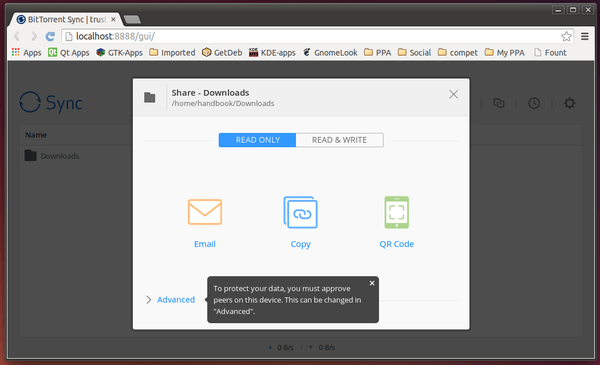 If you want an easy way to deploy BitTorrent Sync on Ubuntu, there’s a desktop GUI with Unity indicator created by community. At the moment of writing this tutorial, it is at version 1.3.1. The latest 1.4 should be available soon.

THE SOFTWARE AND THE PACKAGES BELOW ARE UNOFFICIAL AND NOT THE WORK OF BITTORRENT® INC. 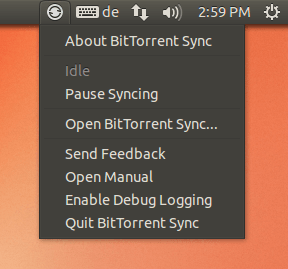 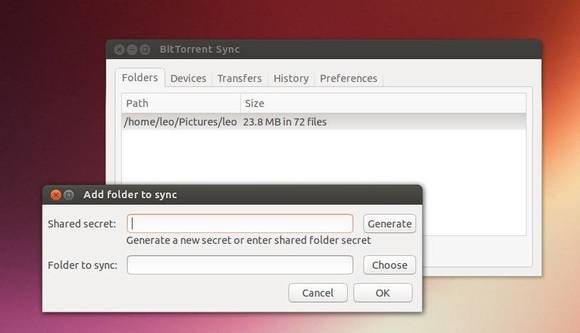 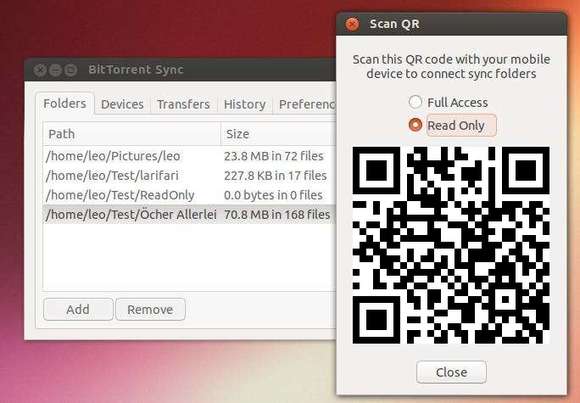 To install this unofficial ready to use server and desktop packages, press Ctrl+Alt+T on keyboard to open the terminal, when it opens paste the commands below and run one by one:

If you want to install the gtk version without the indicator, run below instead:

2 responses to BitTorrent Sync 1.4 Released, How to Install it in Ubuntu