BirdFont is developed by Johan Mattsson with a good number of people contributing translations and patches. The editor now is at version 1.3 and has around 42 000 lines of code. 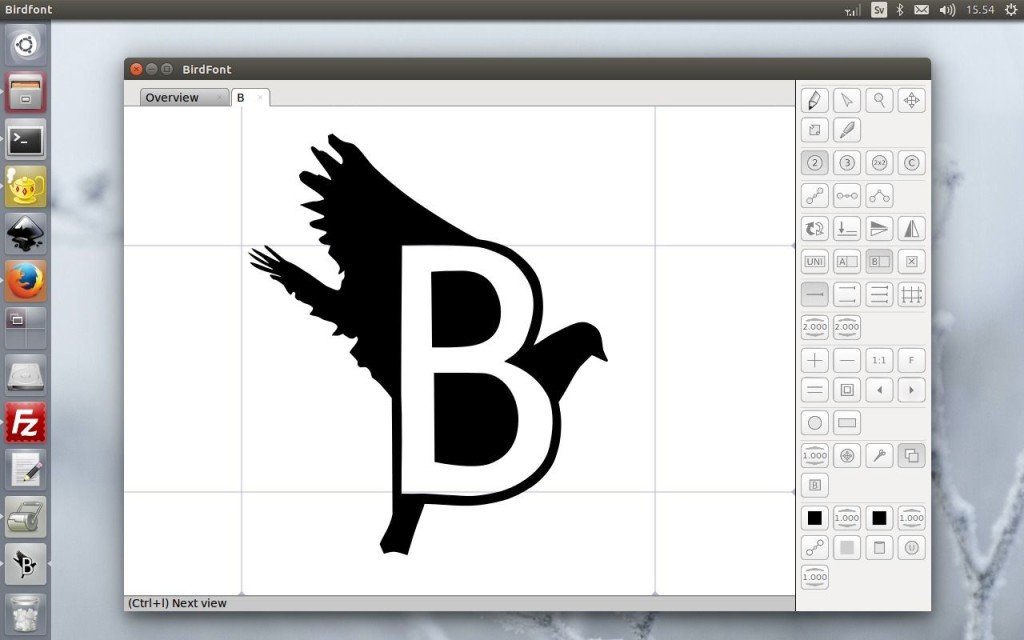 BirdFont has been made into default Ubuntu repositories since 14.10 Utopic. But the packages are old at the moment.

I’ve upload the latest build into PPA with the debian files belong to Ubuntu official. The PPA so far supports Ubuntu 14.10 and derivatives, such as Linux Mint 17.

To install the latest BirdFont (1.3 so far) in Ubuntu:

Press Ctrl+Alt+T on keyboard to open the terminal. When it opens, paste the commands below and run one by one:

After that, you can receive future updates through Software Updater.

For those who don’t want to add the PPA repository, grab the .deb package directly from THIS PAGE.

To get started using the editor, please read the official tutorials.