For those who have never heard of Pragha, see the description below:

Pragha is a Lightweight Music Player for GNU/Linux, based on Gtk, sqlite, and completely written in C, constructed to be fast, light, and simultaneously tries to be complete without obstructing the daily work. ;)

A tiny history of the project:

Well.. Dissonance is the project to continue developing Consonance, and its result is Pragha Music Player. A New reproducer of music.. ;) 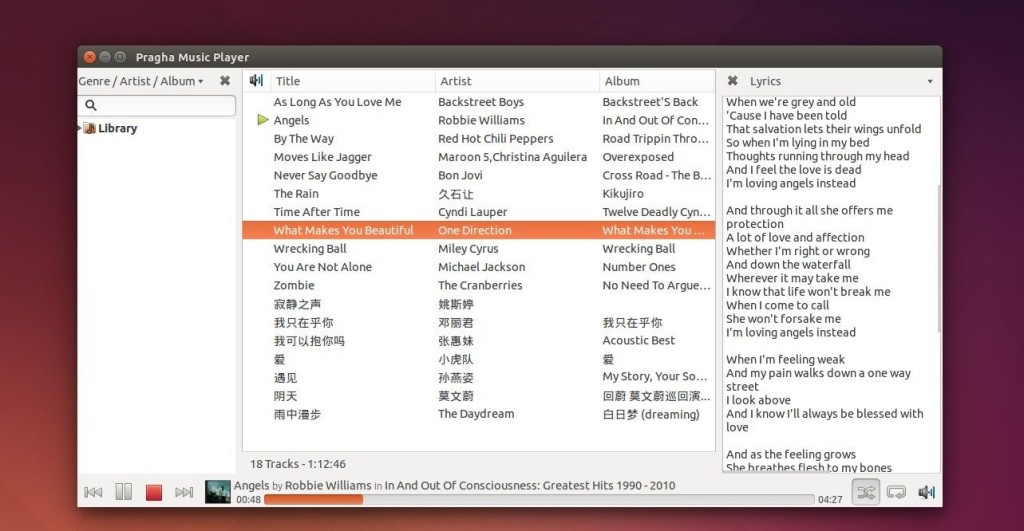 Pragha 1.3.2 was released a few a hours with following new features:

Also there are a few UI improvements, various bug fixes, translations updates in this release. See the release page for details.

How to Install Pragha Music Player in Ubuntu:

The binary packages has been made into my personal ppa, available for Ubuntu 14.04 LTS and Ubuntu 14.10 (Due to broken dependencies, the 12.04 build has been removed).

After that, check for updates and install the player via:

If you don’t want to add PPA, download & install the .deb package directly from the PPA page.