Slack is a team communication tool founded by Stewart Butterfield, it offers one-on-one messaging, private groups, persistent chat rooms, direct messaging as well as group chats. All content inside Slack is searchable from one search box. Slack integrates with a number of third-party services, including Google Docs, Dropbox, Heroku, Crashlytics, GitHub and Zendesk.

So far, slack provides Mac, iOS, and Android apps, as well as Web versions. ScudCloud is an non official Linux client that uses the QT library + Webkit to render the web version of Slack, but using the QWebkit-Native bridge to improve desktop integration with: 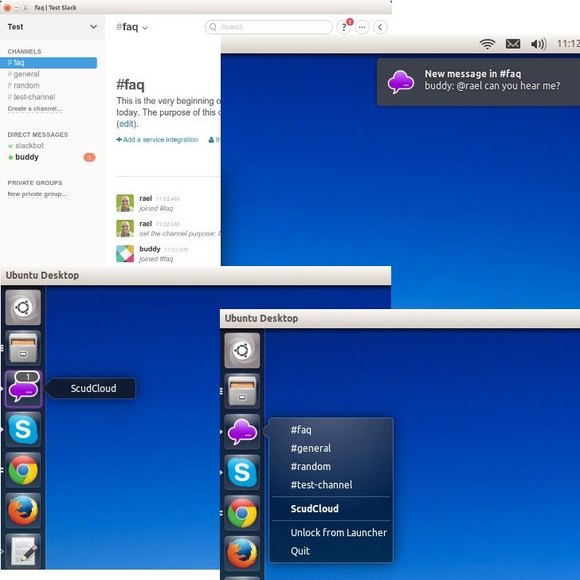 Just open up terminal from the Dash or by pressing Ctrl+Alt+T on keyboard. When it opens, run 3 commands one by one to add PPA, update system cache and install the app:

For those who don’t want to add PPA, grab the .deb package directly from this page and install it via Ubuntu Software Center.