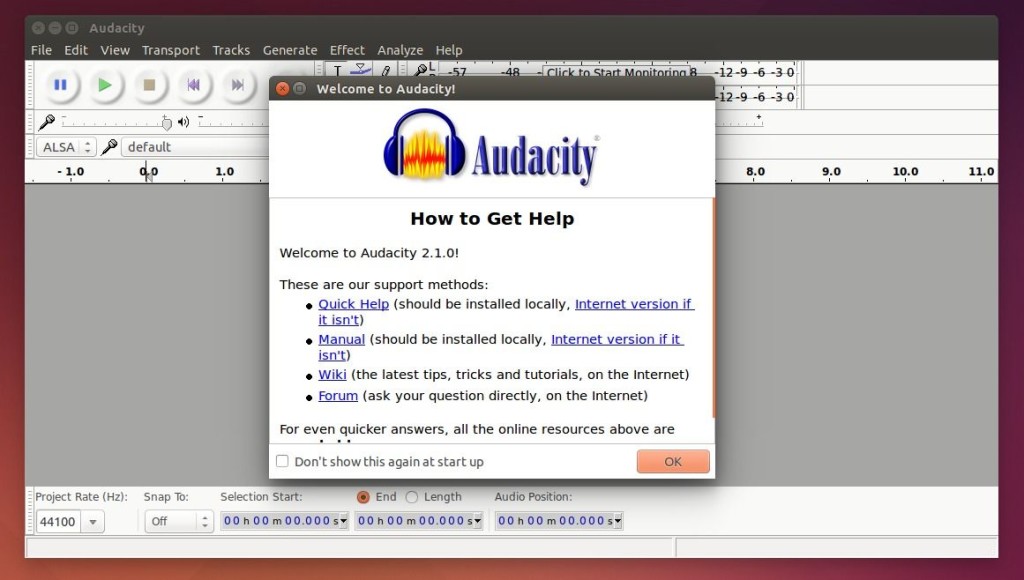 30 responses to Install Audacity Audio Editor 2.1.0 in Ubuntu From PPA