(K)Ubuntu 15.04 users are now able to install or upgrade to KDE Plasma Desktop 5.3 through Kubuntu-backports PPA.

KDE Community does not announce the release of Plasma 5.3 at the moment. According to the beta release, Plasma 5.3 comes with better power management, new Bluetooth applet, improved Plasma widgets, big steps towards Wayland support, and numerous bug-fixes. For more, go to kde.org 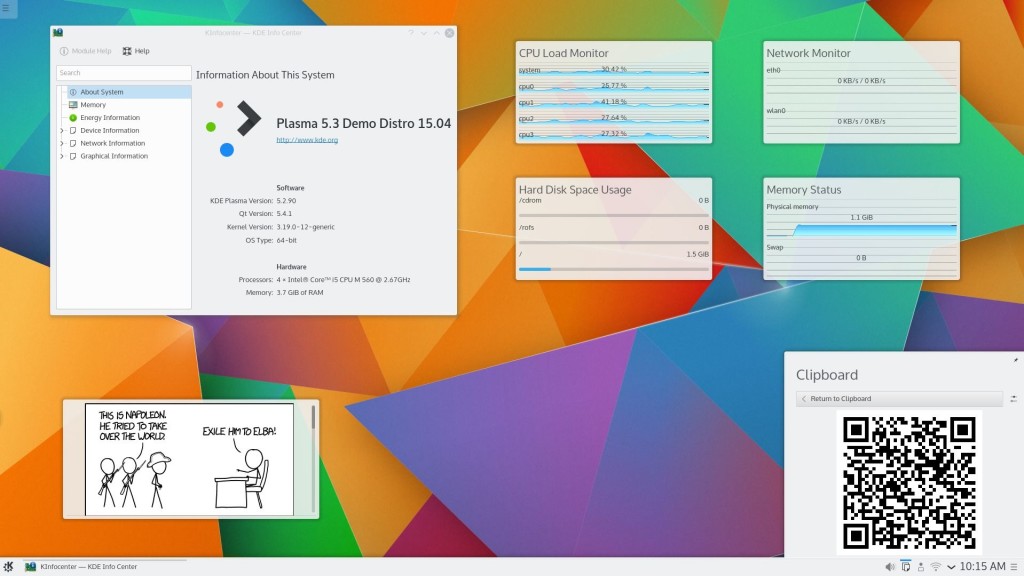 Install or upgrade to Plasma 5.3 in Ubuntu:

The new release has been made into Kubuntu Backports PPA, available for Ubuntu 15.04 and its derivatives.

To upgrade it in Kubuntu 15.04, open terminal and run below commands one by one to add the PPA and upgrade the whole system:

For non-KDE users, you may also need to install below package via command: