Pogo is an open-source software which is claimed to be the simplest and fastest audio player for Linux. It is a fork of Decibel Audio Player written in Python and uses GTK+ and gstreamer and supports most common audio formats.

Pogo has a clear interface: folder tree in the left, and playlist in the right. It plays your local music and features fast search on the harddrive and in the playlist, smart album grouping, cover display, desktop notifications and no music library. 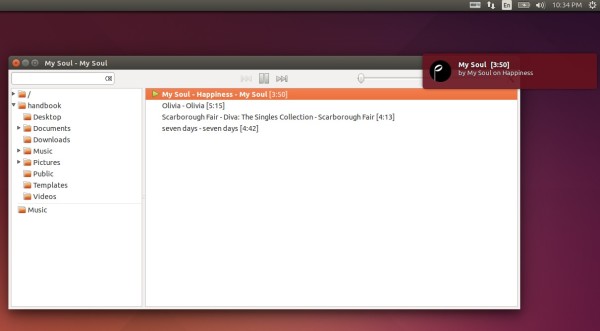 Install Pogo in Ubuntu from PPA:

To install it, open terminal (Ctrl+Alt+T) and run below commands one by one:

Or you can simply download and install “pogo_x.x.x~ubuntuxx.xx_all.deb” package that matches your OS edition from the PPA page.