LiVES, an open-source video editor and VJ tool, has reached the 2.4.0 release recently with some crash and stability fixes.

LiVES is a Video Editing system allowing both novice and advanced users to edit and create video straight away. It can also be used as a VJ tool, and can be scripted and controlled remotely. 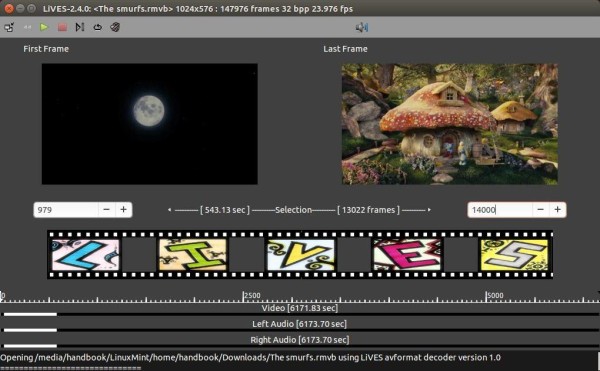 While the default Ubuntu repositories provide an old version of this software. The latest 2.4.0 was released with below fixes:

Install or Upgrade LiVES in Ubuntu:

If you don’t have an previous version on your system, install it directly from Ubuntu Software Center (after checking for updates via Software Updater).

Or you can run below commands one by one in terminal to install or upgrade LiVES: