KDE Connect has officially reached the first stable 1.0 release after a year of development. And now it’s made into Kubuntu Backports Landing PPA.

KDE Connect is a project that aims to communicate all your devices. For example, with KDE Connect you can receive your phone notifications on your computer, or just use your phone as a remote control for your desktop. 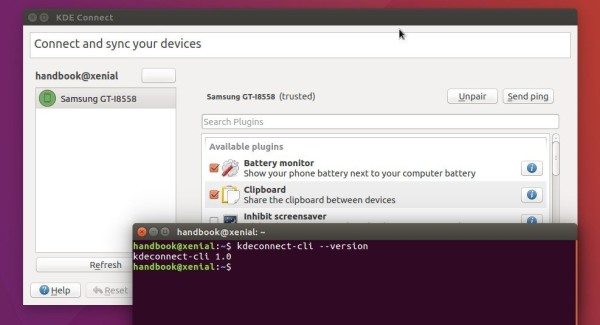 1. Don’t install it in Unity Desktop, the required Qt 5.6 library will break Unity Web Apps
2. For a stable system, please wait the packages to be landed in KUbuntu Backports PPA.

1. Open terminal and add the PPA

2. This build uses the old packaging, you need to remove the old kdeconnect-plasma package before installing the new release:

And also install the latest KDE Connect in Android device from Google Play.

To downgrade installed packages and libraries from that repository, run command the purge the PPA: