By releasing the 23 Beta flash, Adobe announced that it starts supporting NPAPI Flash for Linux again.

Today we are updating the beta channel with Linux NPAPI Flash Player by moving it forward and in sync with the modern release branch (currently version 23). We have done this significant change to improve security and provide additional mitigation to the Linux community.

In the past, we communicated that NPAPI Linux releases would stop in 2017. This is no longer the case and once we have performed sufficient testing and received community feedback, we will release both NPAPI and PPAPI Linux builds with their major version numbers in sync and on a regular basis.

Adobe says it will release both the NPAPI and PPAPI (used in Chrome) versions of Flash Player for Linux. However, the NPAPI version will not support or add any advanced features and capabilities, like DRM, GPU acceleration, Stage 3D, etc.

Users who require this functionality are recommended to use Pepper (PPAPI) Flash for Linux. 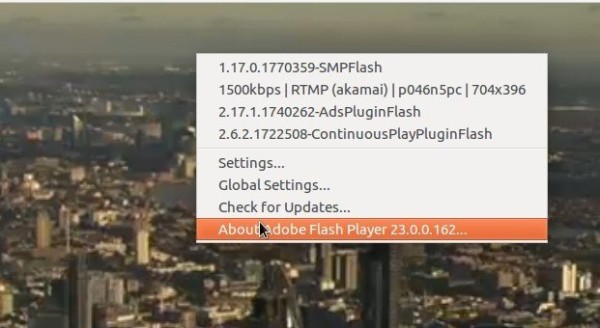 Flash sucks! But since many websites still use it, we have to use flash to view the content.

So far only 32-bit and 64-bit binaries of the 23 release are available for download at the link below:

For Linux, the binary is just a file called: libflashplayer.so. To use it, do:

2. Move the libflashplayer.so file you just downloaded to /usr/lib/adobe-flashplugin/ folder by running the command: