PPSSPP can run your PSP games on your PC in full HD resolution. It can even upscale textures that would otherwise be too blurry as they were made for the small screen of the original PSP.

All trademarks are property of their respective owners. The emulator is for educational and development purposes only and it may not be used to play games you do not legally own.

The latest PPSSPP 1.4 was released on March 31 that features: 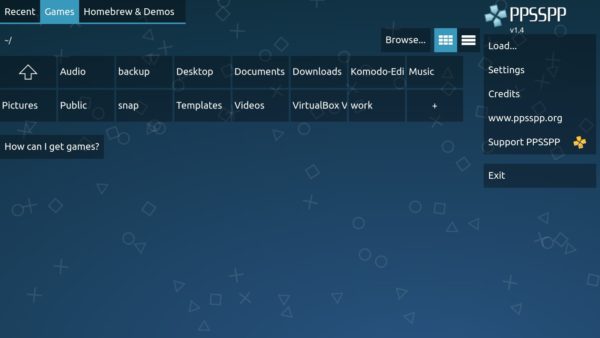 How to Install PPSSPP 1.4 in Ubuntu via PPA:

The software has an official PPA for current Ubuntu releases and derivatives. Follow the steps below one by one to add it and install PPSSPP:

1. Open terminal by pressing Ctrl+Alt+T or searching for “Terminal” from start menu. When it opens, run command:

2. After adding the PPA, you can either search for install ppsspp via Synaptic Package Manager, or run following commands to update package index and install ppsspp:

To remove the PPA, launch Software & Updates utility and navigate to Other Software tab. The PPSSPP package can be removed either via Synaptic Package Manager or by running command: