MPV, an open-source MPlayer and MPlayer2 based media player, has reached the 0.25 release two days ago. Here’s how to install it in Ubuntu 16.04 LTS.

MPV 0.25 drops support for OS X 10.7 and earlier. Support for some optical media functionality (DVD/CD) is now disabled by default. More parts of the player are now licensed under LGPL. New features include:

There are also lots of bug-fixes, minor enhancements, and other changes in this release. See the release note for details. 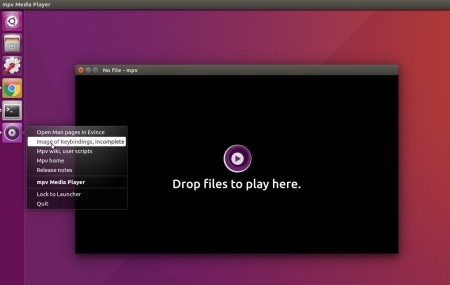 MPV does not provide official Linux binaries, but it refers to a third-party PPA which so far offers the 0.25 release for Ubuntu 16.04, Linux Mint 18, and derivatives.

To install it, open terminal via Ctrl+Alt+T or by searching for “Terminal” from start menu. When it opens, do:

1. add the PPA repository via command:

2. If you have a previous release installed, you can now launch Software Updater and upgrade the software after checking for updates: 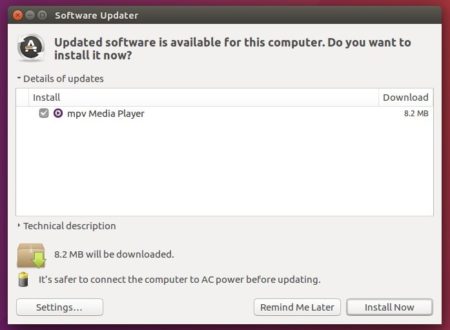 Or just run commands to install it for the first time:

For any reason, you can remove the PPA easily by going to System Settings -> Software & Updates -> Other Software tab. And remove the player via command: