Ubuntu 17.10 uses Wayland in the default session and Xorg for optional. However, many graphical applications need to run as root so far does not launch in Wayland.

The most straightforward workaround is to use xhost to temporarily allow the root user to access the local user’s X session.

To do so, run command:

After running the command, these graphical applications can be launched from app launcher or via sudo, gksu, pkexec commands until you log out.

To make this work automatically at login, search for and launch Startup Applications utility, click the “Add” button to run the command at startup: 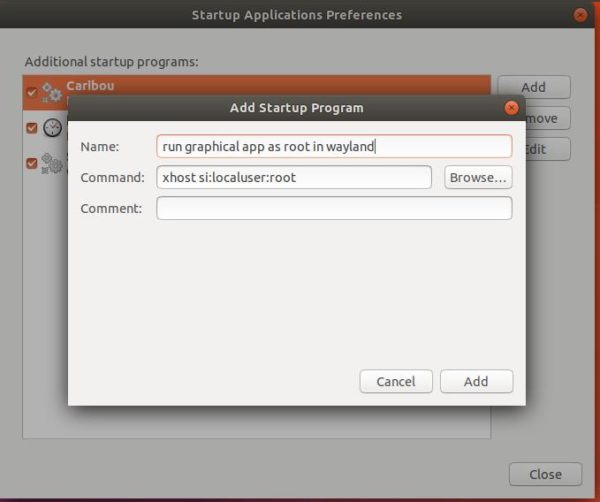